9. Favorite movie? - Depending on the day, Mad Max: Fury Road, Ocean's Eleven, or like 20 other really good movies (but mostly the first two).

10. What was your last hypnosis session like? - A brief trance with someone new, to see how our styles felt together. I do a lot of those, but this one was notable in that it was in person, and I was the subject 😄

11. Thoughts on public trancing? - I would hypnotize someone at a play party, but that's about my limit.

12. Favorite thing about trance? - In others, it's like, exploring what they bring to the table, the unique ways their mind filters each suggestion. For me, it's that rare feeling of like, uninhibited stillness? Not constantly monitoring what I'm saying, doing or thinking because I'm either not doing any of those or I've been told to and it's not my responsibility 😄

5. Favorite suggestion? - My go-to is animal noises 😄 Leads into petplay, which a lot of the people who come to me like, and works great for beginners. I also get a kick out of like, reality-shaping type things that change something about how the subject experiences the world, or themselves.

6. What do you do to enhance trance? - I'm not sure I understand this one? Best answer I have is if the subject is comfortable with it they get a lot of praise for being *such* a good subject, etc.

7. Do you prefer recordings or a live hypnotist? - Live, every time. I can't go under for recordings, they make me feel like I'm intruding on a session I'm not meant to be in 😩

8. Slow or fast inductions? - No preference! I think I work better with slow inductions either way, but fast ones are really cool when they work too.

1. Favorite induction - I don't know that I have one? Mine are very talky and wordy because that's what I know how to do 😄 But that is generally what impresses me when I see others do it, so probably that.

2. Do you have partners you regularly play with? - Absolutely 😄 Wouldn't have nearly as much fun otherwise.

3. How much hypnosis experience do you have? - Eight years of actually doing it, though strictly speaking it's probably a little less than that as a hypnotist.

4. Tell me about the first time you tranced someone / were tranced - My boyfriend hypnotized me on a voice call to demonstrate that hypnosis was a real thing! That feeling of sinking through the bed was very striking. Otherwise, I honestly don't remember the first time I hypnotized someone. Probably just someone who kindly offered to let me try it on them online.

When very large powerful things are scared and lonely it makes me sad, but it is also very 👀

Massive, powerful, sentient spaceship lost and alone in the cosmos is desperate for company and gradually mind controls the crew of an exploring science vessel to board it, look after it, enjoy its amenities, in an attempt to recapture the closeness and satisfaction it felt when it was in operation

Only the robot crew member, immune to its psychic connections, has any hope of convincing it to stop; but what will it take?

Immediately after finishing a TNG episode: "Hmm how can I make this sadder and hornier"

The problem being that I don't really have the impetus to make the first move with anyone, which I don't think is exactly fair, but like, idk what to do about that either? There's no feeling there for me to pursue until I know for sure anyway

Like it's nice that I don't have to deal with the unrequited pining thing, but it is a tradeoff

A weak, trance-addled "please wake me up...", and the firm "No." that sends them spiralling deeper.

Not entirely sure why 🤔🤔🤔

Hearing your own voice sound like that, knowing what it means that you're feeling the kinda way that means you don't care about how it sounds 😩😩😩

Relatedly: Getting hypnotised by people who don't associate with said spaces is also really cool

Not really enjoying this weird definition of non-consent as the presence of certain aesthetic elements (force, distress, etc.) rather than an absence of consent

I've seen more than a couple of people on twitter saying 'don't follow if you like noncon' or similar while engaging with / creating material that depicts very non-consensual practices. Obviously people can set boundaries how they want, idc about that in itself

And I'm not interested in pulling people up for hypocrisy or anything, it's just that definitions of 'not consensual' that are based on aesthetics have historically been a huge problem That's how you get arguments like "They seemed into it" and "they didn't say no" 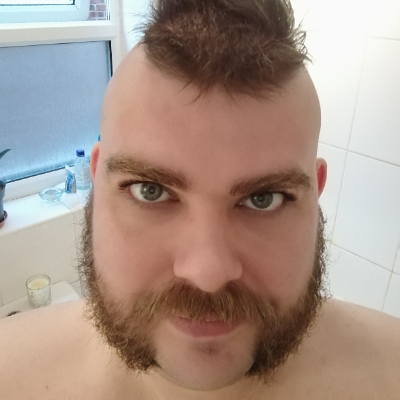 "you are feeling sleepy"

"my voice is the only thing you can hear"

"your voice is giving right now"

"you are now slave to my will"

Wish he was wearing a tie so I could [redacted]

I am very easy to tease, if you've earned it. There's just not a lot of folks that've earned it

The hilt of their sword felt cold under their grip. Their fingers curled tighter around it, knuckles aching, Anything to distract from the wildfire burning its way through their chest, around their hips, embracing their thighs, between their legs...

"You may have bested those... incompetents," they said between heavy breaths. "But you'll not best me."
"Incompetents?" the villain seemed taken aback. "Incompetents! What a cruel thing to say of your own companions. See how they think of you, my dears?"
The archer's keen eyes took on a forlorn edge, before they hid against the villains chest in an inconsolable nuzzle. The warrior... still smiled. They were just happy for the attention.
"What kind of a leadership does that show, hmm? They don't deserve you two, no, not at all. Much better off here with me, aren't you? Yes, that's ri-"

"Enough!" At last, their blade leapt from its place at their side. The patronizing tone was bad enough - the pangs of jealousy they felt watching the two pets get all the attention were worse. Better to end it quickly before... well. If the tail flicking fiercely behind them was any indication, they didn't have all that long left.