Gently explaining to someone that pretalk is a thing, and that you can in fact try to communicate with people before trying to hypnotise them, and that there are indeed many benefits to doing so 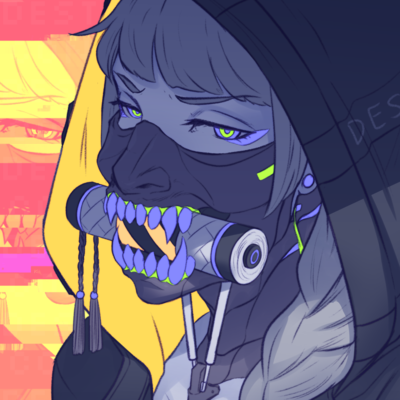 @HabitEXE Honestly, in psychological therapy, when hypnotism is used, it's basically a requirement that you have to have decent rapport with the patient beforehand. It's not like a magic brainhack with an on switch. It's a process that comes from trust and a relaxed atmosphere.

@supercritical Plenty of folks in the hypno kink community have a tendency to be Very Trusting if there's the suggestion of someone doing the kind of kinky things to them that they want. It's certainly not a brainhack, but thanks to a combination of enthusiasm and the subject wanting it to be a brainhack, people can often achieve the kind of result they want without putting much effort into negotiation or building trust

@HabitEXE I thought this was pretty much every hypnotist and every subject. Certainly I got used to the pre-talk patter (setting expectations etc.) from my own attempts to be hypnotized enjoyably.

I would say that I don't really do that with my subs, except my voice is quiet and relaxing enough that even the usual small talk probably fits the bill with an avid hypnotic subject, even if I'm not intentionally doing it.

@drowsydawg I think people who are used to doing hypnosis online through text don't learn a lot of the best practices that are more widespread in the broader community, especially the practices that are drawn from sensible things other kink communities tend to champion

@HabitEXE Oh, sorry, I get it now. It's so far out of my own ability and experience -- I don't read text linearly, and have such a short attention span when it comes to interpersonal communication that no matter what someone types, I'm in another window doing something else by the time they next transmit, and the few times I hypnotized my last slave in chat (only once intentionally; he came with a lot of triggers "pre-installed", complete with backstory, so he used any possible excuse to drop), it honestly kinda grossed me out, perhaps because it was my first inkling that hypnotic subjects are at least initially role playing, explaining why it never seemed to happen for me, and setting up the six or seven years of cognitive dissonance that have followed -- that I often forget people can and do intentionally hypnotize one another in text.

Man, to have that kind of imagination AND be simultaneously so relaxed you can't even move a muscle yet still sitting upright and able to type with exactly the appropriate level of typos for how deep you're supposed to be. I have sexted a few times in my life, and I can't even tell you how many loads I've spilled on the likes of mcstories.com over the years, so it's not like I can't achieve a trance state while reading or writing text. But I'm just not a single-tasking kind of guy when there's a qwerty keyboard in front of me, so no hypnotist or subject will ever have my full attention that way, and I'll make it shitty for both of us. Already have, each time I've tried to play along. Well, I guess my slave got off the one time I did it purposefully, so at least it wasn't that shitty for him.