Here's some links to other websites I use:

- Gender is a bullshit structure that hurts me and everyone I care about. Do what you want with it, I don't care, just leave me out of it.
- Don't use gendered language to talk about me. No 'boy / girl', no 'masc / femme', no 'enby', no 'agender', no gendered terms like 'mistress', absolutely nothing. You don't need to refer to a gender when you're talking about me, ever, so don't.
- 'Non-binary' and 'trans' are both technically accurate, but they're labels I associate with for pragmatic reasons, not because I identify with them or their communities.
- If you have gender preferences for things (intimacy, romance, kink, etc.) don't try to involve me in them.
- Do not fuckin test me on this

Promoting the Queer Hypnosis Discord! It's a server I admin that provides a relaxed, informative space to enjoy, discuss and share hypnosis as a kink.

We try to handle things differently from other online hypnosis spaces;
- Structural problems or changes are discussed openly and publicly with the community.
- Kink play is discussed with consent and safety in mind.
- No stifling gender / kink role assignment; exploration and expression are encouraged.

Everyone's welcome to join, whether they wanna get involved or just lurk.

I think I would find it very flattering if I was a deeply malevolent piece of jewellery sat on a pedestal while the leaders of the free peoples all discussed how best to destroy me, how to end the threat I posed. I would enjoy the attention

Dreamed there was a cool hypnokink group a bunch of people I sorta knew were in where they did a bunch of really fun cool kink stuff, which they continually emphasized was small and exclusive and they didn't really want to invite people into, as though warding me off

I only realized on waking up that I wasn't interested and never actually asked to join anyway, so like. Rude?

That you'll do what I want is not in doubt - you already are. Give me a *reason*.

It's been a few months, I'm very happy with my new display pic

Sure you can directly make someone submit, beg, say or do whatever you want them to. But it is much more fun to manipulate other things so that the Desired Behavior is emergent from the situation.

"I want the most vulnerable subby feelings you have! ...no, that's too vulnerable"

Kind of a consistent vibe, lately

Watching them stare at their hands in horror at what they've wrought, trying to convince themselves it's not their fault, even when they know they followed my voice with all the will and intent they could muster 😈

'Please'? Really? You'll have to do better than that.

"I don't doubt you can do all the things you say; but can you do them to me?"

Someone has something you need. They're holding it just out of reach, waiting for you to give them a reason to give it to you. If you get it, you will know relief, and without it, your suffering will continue. There is no way to take it from them. You are entirely at their mercy.

How do you beg?

"The best part of seeing you earlier, sitting in that throne thinking you had power here, is how much better you look pinned on the steps leading up to it now. The way you look groveling below me, crushed under my boots and begging to serve me. Don't worry I'll be gentle in ruling over you; I care only for your nasty wants and devious dreams and I promise you'll come to crave my heel pressed against your skin. Submit to me, bask in all the vastness of pleasures and lust my kingdom has to offer you. The burden of leadership is a heavy one, let me lighten your load and soothe your unquenched thirst...

"So 'your majesty' how does my boot taste?"

Someone has something you need. They're holding it just out of reach, waiting for you to give them a reason to give it to you. If you get it, you will know relief, and without it, your suffering will continue. There is no way to take it from them. You are entirely at their mercy.

How do you beg?

The spear; true aim and a jagged edge, a banner that rallies the weak and supplicant to obedience. It drives the wielder ever forward, parting armies and kingdoms, until they stand over everything - and *it* stands above *them*.

The crown; a right to rule so evident it blazes above them without flame, but with heat that withers the mightiest warrior, the most silver-tongued diplomat. Their words are heard, their commands obeyed - just as they obey whatever it whispers into their mind.

The glass; with the right knowledge, the mightiest ruler can be felled with a knife, a pen, a coin. The right vision can give one the will to pursue any goal. But when the glass delivers this knowledge, these visions, enraptures those who stare into it, they have no choice but to follow its path - the right path.

The shapeshifter; Protection, aggression, courage, convenience. Comfort, care, a life free from worry and indecision. Always exactly what's wanted, what's needed. As long as it is obeyed in all things, without question.

The sword; glittering in the grass, ornate and beautiful. Merely being in its presence conveys glory, status, and most delicious of all, *power*. And they can have any of that, if they listen to its voice, a voice every bit as enticing as its blade. All they have to do is pick it up.

We're going to be defederating from disqordia.space, and its various subdomains. Since, unlike a lot of our defederation, we actually have a few shared follows between these two instances, a clear explanation is appropriate

disqordia.space currently elects to federate with (at the time of writing) instances like bae.st and rdrama.cc, sources of like, a severe volume of slurs, harassment, and shitty behavior against other instances on the fediverse. When I got in touch with disqordia's admin, she explained (I'm paraphrasing a brief email exchange) that their staff prefer to approach inter-instance issues by blocking individuals as harassment is perpetrated against their users, with defederation saved for severe cases.

As a generally very earnest, queer-focused instance that's attempting to provide a comfortable space for a niche community, that's not an approach we can really afford. The nature of federation means that posts from here can be visible on instances like those mentioned, via disqordia, making them potential targets for harassment. While disqordia is by no means the reason for it, we've already had to defederate from instances they currently engage with due to harassment against our users.

(To be clear, Mastodon does not have any tools that I'm aware of that tell me how instances that conduct that kind of harassment come to be federated with ours, so their brief connection to ours is not something that can or should be attributed to disqordia with any certainty)

My policy with regards to defederation is proactive reduction of risk. If staying federated with an instance presents a sufficient risk of harm, we will not stay federated with that instance, regardless of whether or not harm has occurred. Our posts being brought to the attention of instances that host people who are likely to harass - on the basis of queerness, on the basis of being uncomfortable with their vitriol, and on the basis of this being an earnest kink instance - is not an outcome I see as acceptable. Rather than waiting for harm to occur, I have employed / will continue to employ a proactive approach.

The difference between disqordia and other instances that may be currently federated with similar instances is that disqordia staff elect to engage with instances like the ones mentioned; it's not an incidental consequence of federated social media, or an administrative oversight that would be corrected. One is a largely unavoidable facet of Mastodon's design, one is an instance-level decision. Of course, disqordia is entitled to conduct their moderation how they see fit, as are we, as is anyone on the fediverse.

What it comes down to for our instance is a practical concern - is remaining federated with a given instance likely to result in harm against our users? I have sufficient reason to believe it is, and that's consistent with all other instances we have defederated from.

I'll give it a couple of days before putting the domain block through - they can be annoying to revert, and I'd like to give users here a chance to speak up about this. I've made this decision based on my own queries and observations, so if there's any additional information or evidence to consider I'd be glad to hear about it. If necessary, it is a very easy process to accelerate. If you want to talk to me privately, you can DM me here, or email me at habitexe@gmail.com

Apologies to anyone this may effect! I recommend making an account on disqordia.space if you want to keep up with users there. 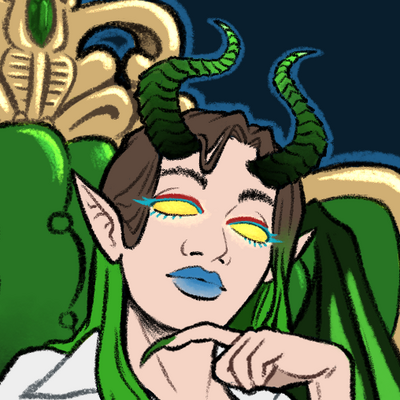 @HabitEXE A pretty sword is versatile. It can be used in battle if it's sharp enough (and it is), and it's elegant enough for a king, but also-- if they found a sword lying innocuously in the woods, how many people could resist just picking it up for a couple of swings and pretending to be someone they're not? A knight, a barbarian warrior, a clever but noble duelist. And as the mind opens to fantasy, it is susceptible... 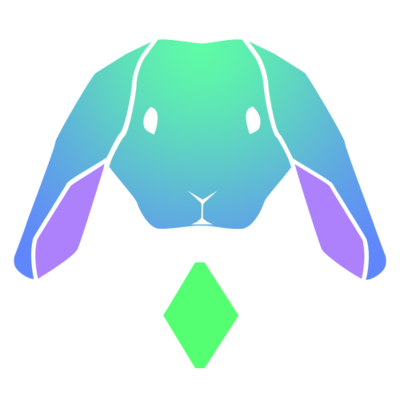 @HabitEXE A lariat that seems just a little too comfortable, a little too enticing. Each time your wielder can use it to ensnare whatever -- or whoever -- they wish, and you never miss. But each time they see what kind of docile calm washes over their quarry as they're restrained and brought to heel, and they can't shake the thoughts and eventually fantasies of being on the other end of that rope.

Of course, one day they have to try it. Just their ankles at first, then increasingly elaborate self-bondage, until one day they render theirself completely helpless and at your mercy. Physically, anyway. Arguably they were psychologically helpless much earlier, and emotionally helpless earlier than that.